Completing an important connection between Frederickson and the Port of Tacoma 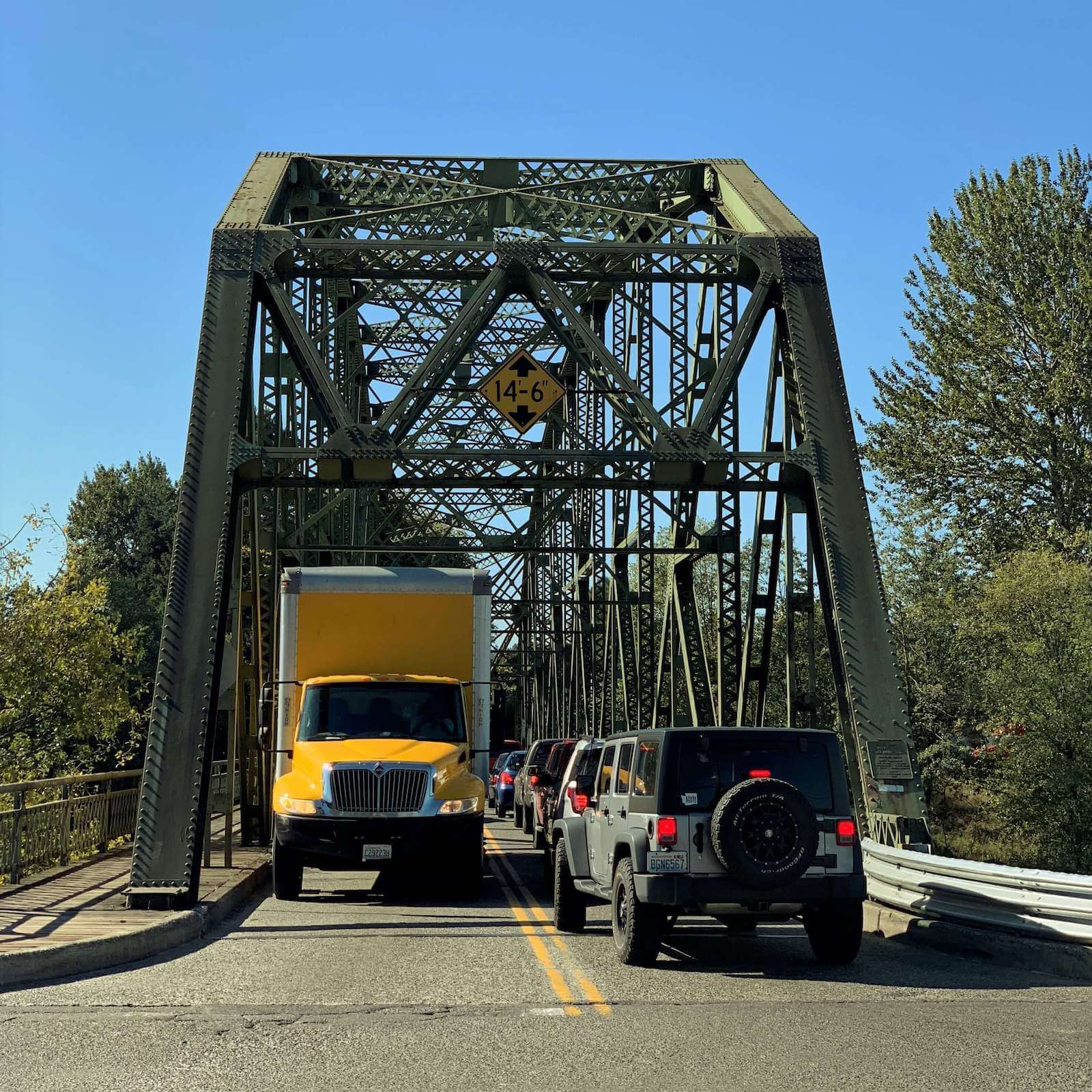 Existing Milroy Bridge to be removed 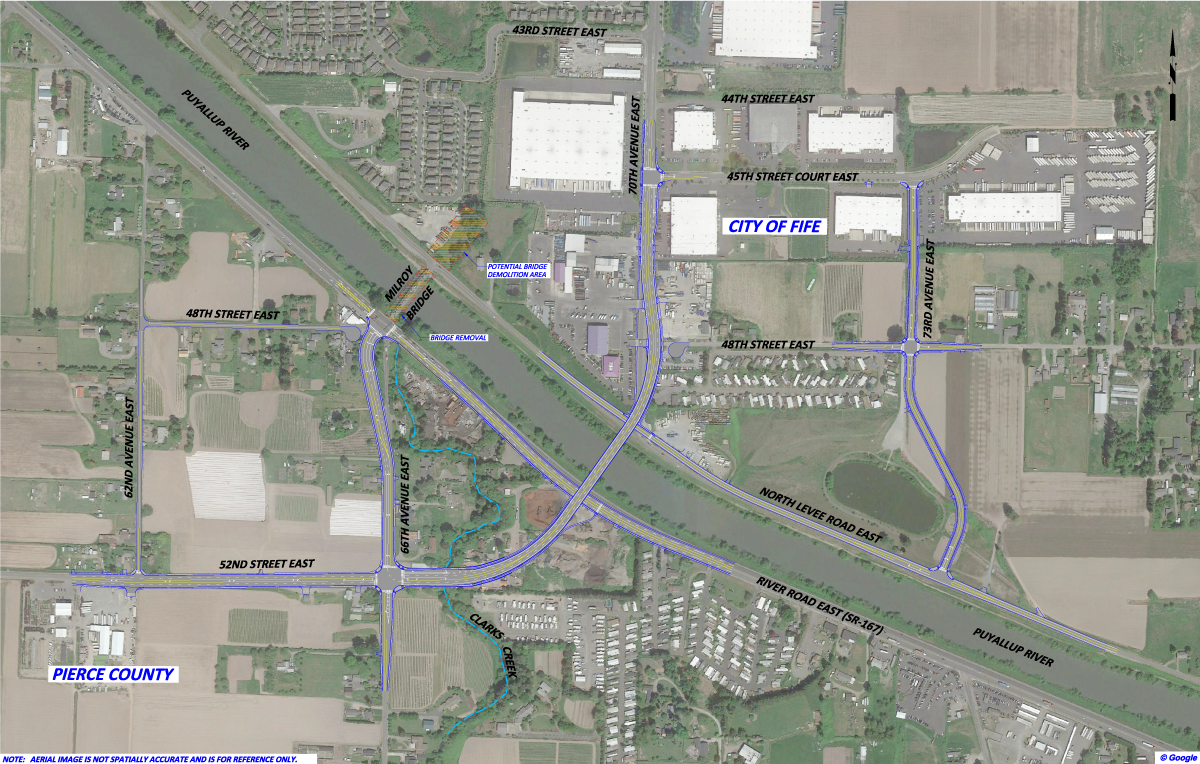 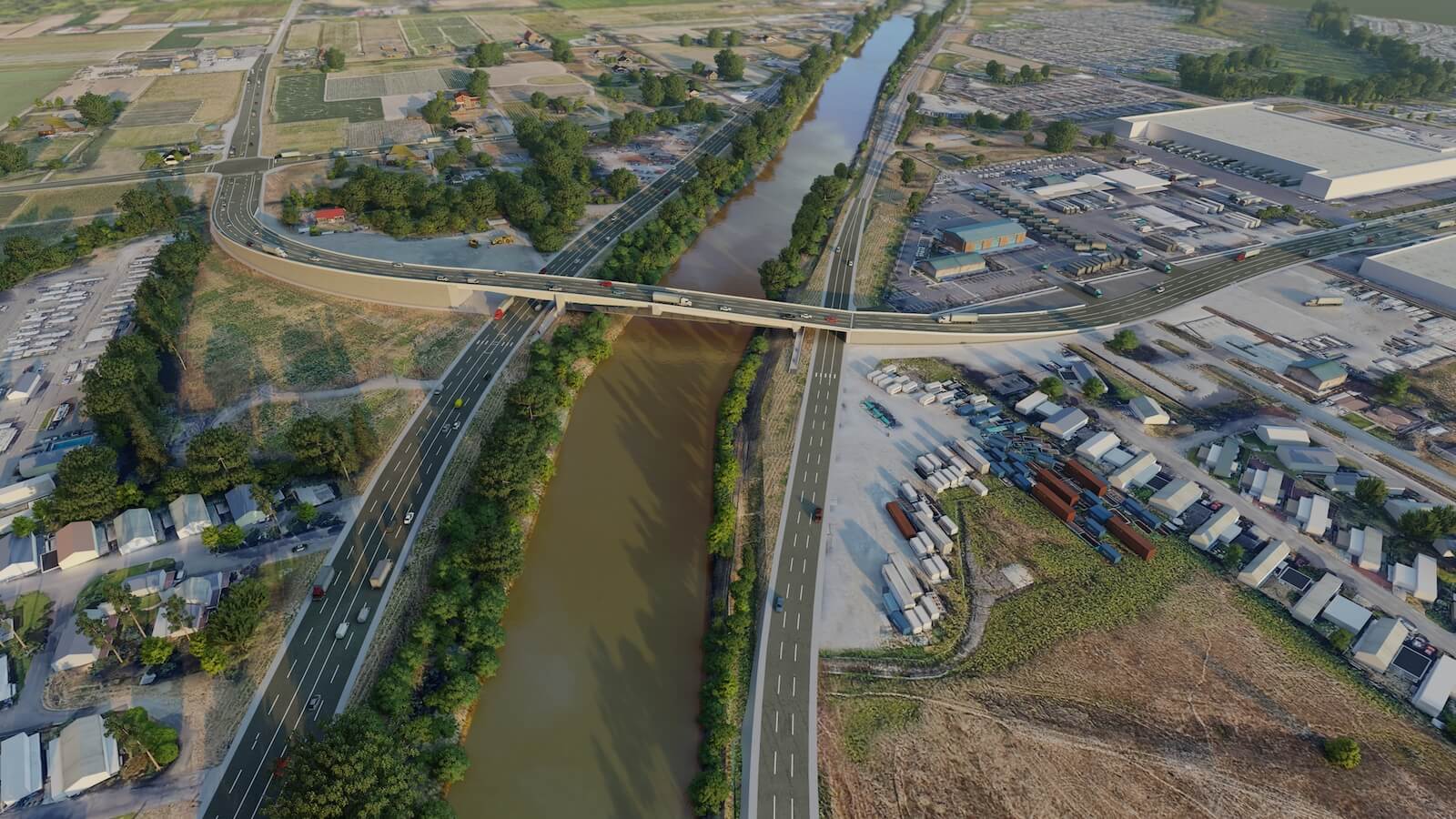 Visualization of the future bridge over the Puyallup River. View is looking northwest, with City of Fife on the right and unincorporated Pierce County on the left.