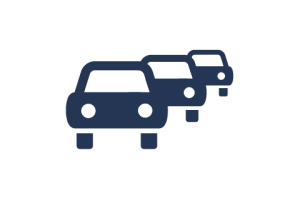 ‍Pierce County plans to extend Canyon Road East to the north beyond where it currently ends at Pioneer Way East. The project will provide improved access to the Frederickson Manufacturing Industrial Area and maintain access to farmlands while improving traffic flow to the Port of Tacoma.

Under the current design, the new grade-separation of the BNSF Railroad, and the new bridges over Clarks Creek and the Puyallup River will connect Canyon Road East to the City of Fife’s 70th Avenue corridor. The project team is working closely with the City of Fife on connecting roadways. The city has made improvements to 70th Avenue East which, when combined with this project, will provide better connections to I-5 and the future SR 167 extension.

A new bridge across the Puyallup River will improve access between River Road and the City of Fife’s 70th Avenue corridor, providing improved route options out of the Puyallup River Valley for everyone. The project will remove the existing Milroy Bridge. 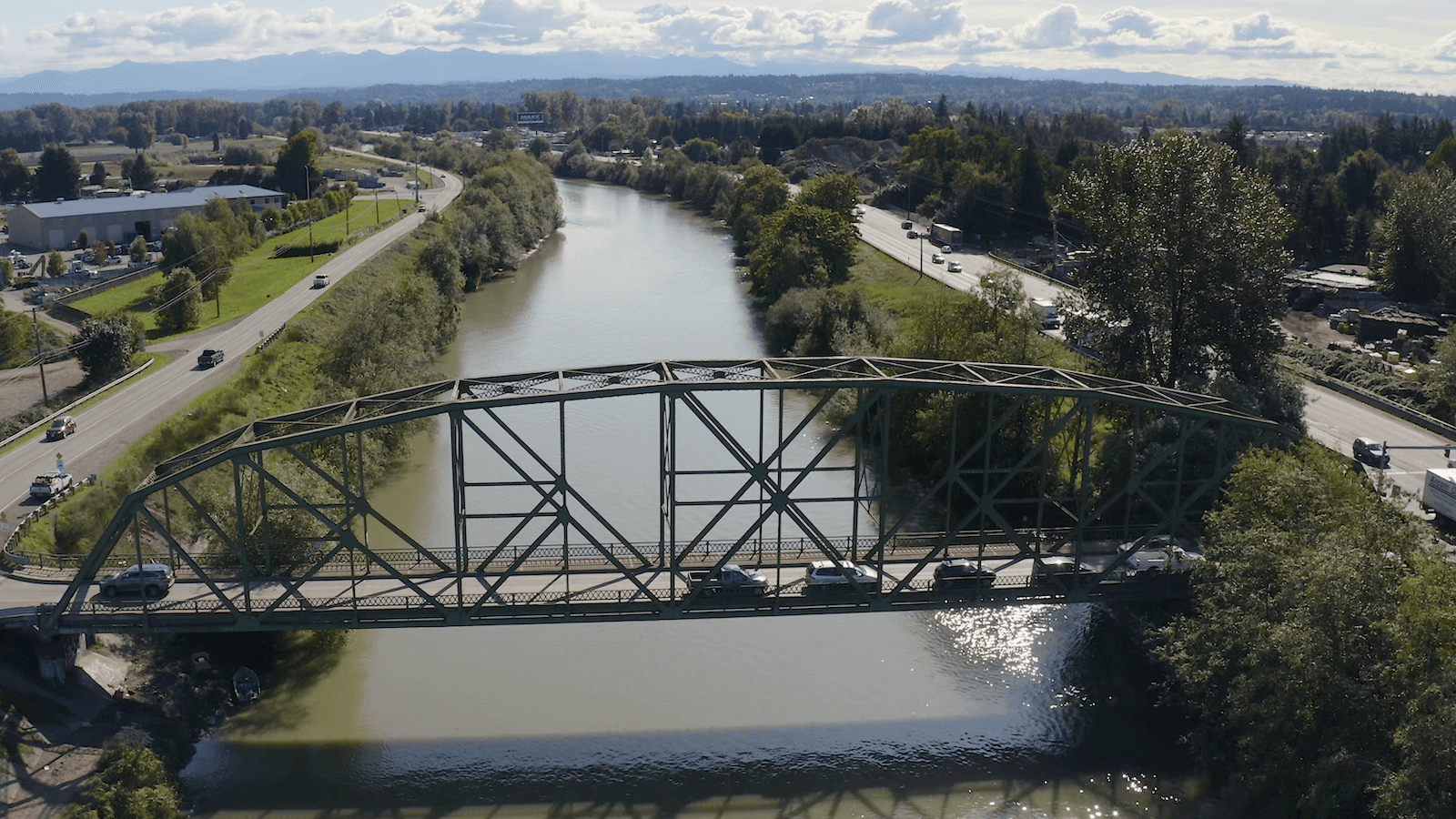 View of the existing Milroy Bridge.

‍At the southern end of the project, a new grade-separated rail crossing between 52nd Street East and Pioneer Way East will eliminate potential conflicts between vehicles and trains and reduce current delays on the roadways. 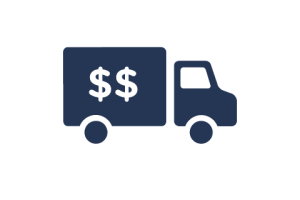 A new route from the Frederickson Manufacturing Industrial Center to other key industrial and economic centers will support new jobs in Frederickson and nearby jurisdictions. Less time in traffic means more time for workers to produce goods and services, including faster deliveries.

The Canyon Road Regional Connection Project will provide many benefits to the economy in Pierce County. It will provide a direct route for freight haulers delivering product between the Frederickson Manufacturing Industrial Center and the Port of Tacoma. It will also provide more direct routes for people commuting to and from job centers.

Pierce County commissioned an economic analysis in 2018 to learn more about the project’s benefits and impacts for businesses and communities in the area.

The following benefits were identified in the economic analysis report completed in 2018 (read the full report): 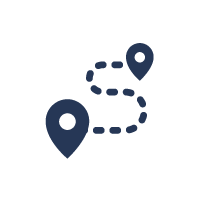 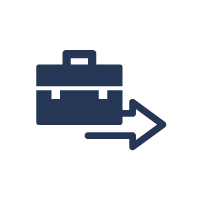 Supports thousands of new jobs by creating access to available land in the Frederickson area. 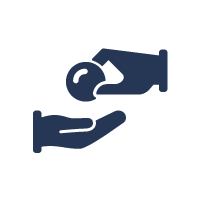 Cuts distances to destinations for drivers, bicyclists and pedestrians. 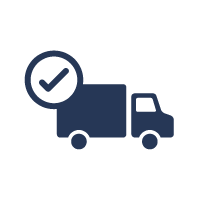 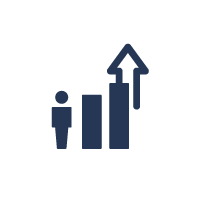 Allows more people easier access to where they live, work and shop by improving a major commuter corridor. 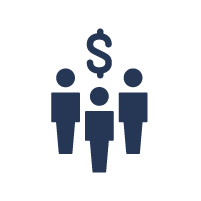 Puts money back into the local economy

Supports around 180 jobs and puts $25.3 million back into the economy through cost savings.

‍A new route from the Frederickson Manufacturing Industrial Center to other key industrial and economic centers will support new jobs in Frederickson and nearby jurisdictions. 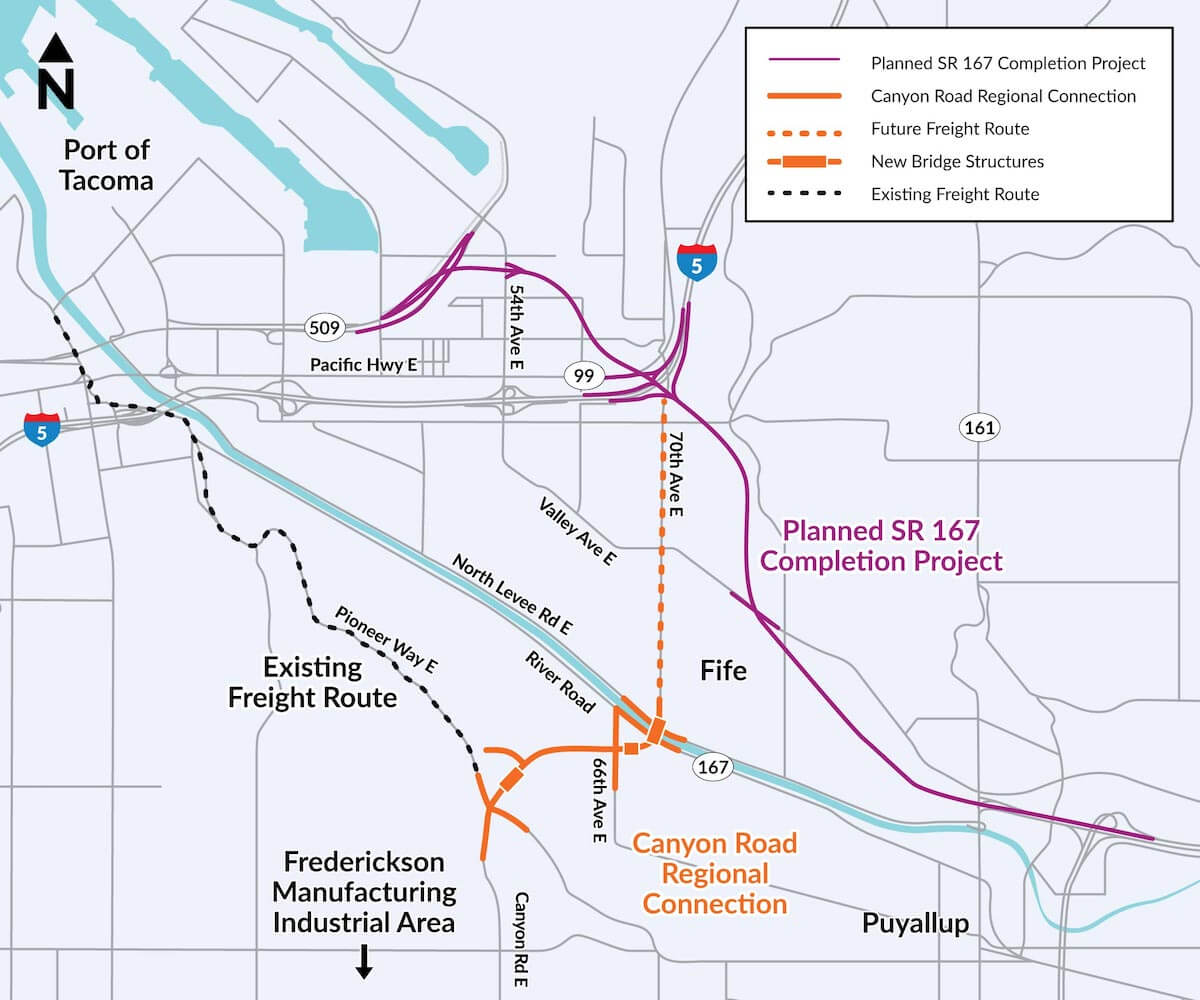 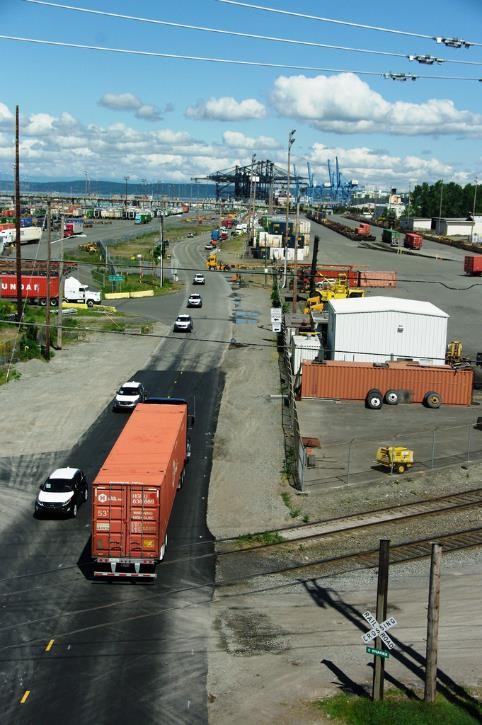 ‍Businesses in the Frederickson Manufacturing Industrial Center make the most freight trips in the corridor south of SR 512, according to the Puget Sound Regional Council regional traffic model.

WSDOT’s Freight and Goods Transportation System (FGTS) shows more than 10 million tons are moved per year on the Canyon Road East section south of SR 512. The extension of Canyon Road East coupled with the completion of SR 167 will better connect the Frederickson Manufacturing Industrial Center to I-5, improving access to the Port of Tacoma, downtown Tacoma, and Tacoma’s industrial district.‍

Construction of a new crossing over the BNSF Railroad and Puyallup River bridge will improve access between the Puyallup River Valley and the City of Fife’s 70th Avenue corridor, reducing current delays on the roadways.

Less time in traffic means less money spent on fuel and the longer-term costs of mitigating pollution. Reduced traffic congestion will improve travel times on the region’s busiest streets, roads, and highways and contribute to the greater energy-efficiency of our county’s businesses. 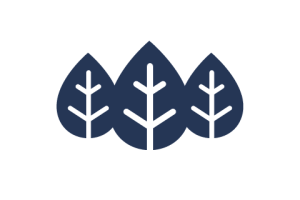 The project will improve stream flow and water quality by constructing facilities to treat roadway runoff before it enters waterways.

Pierce County will construct stormwater treatment facilities, such as detention ponds, to improve and protect water quality within Canyon Creek and other mitigation areas. Stormwater runoff from the roadway currently discharges into local streams and waterways untreated. The stormwater treatment facilities would clean all roadway runoff before it is released into the waterways and allow greater control of how quickly that water enters natural drainage systems. Currently no such facilities exist in the project area south of the Puyallup River. Learn more about how Pierce County manages stormwater and flooding.

Stormwater can contain pollutants and cause flooding of the Puyallup River and local creeks. Retention ponds filter pollutants. Pierce County will add these systems as part of the Canyon Road Regional Connection Project.

Healthy wetlands can help reduce storm and flood damage by acting as a natural storage area for floodwaters. The project will rehabilitate several areas of wetland by reconnecting Canyon Creek to the floodplain and surrounding wetlands that have been otherwise isolated. The project will support the re-establishment and rehabilitation of these degraded wetlands and preserve remaining intact wetlands. These wetland mitigation efforts will contribute to improving water quality and habitat conditions. 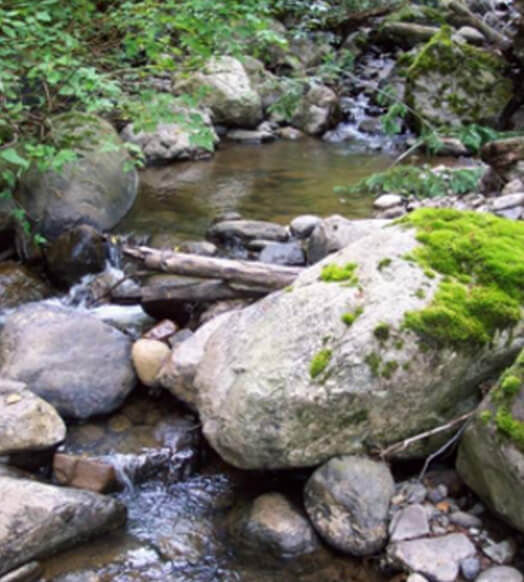 An example of a natural stream.

Learn more about how this project will affect stormwater management, local wetlands and flooding conditions. 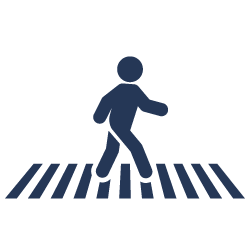 New and improved routes will give pedestrians, bicyclists, and other non-motorized users safer travel options. 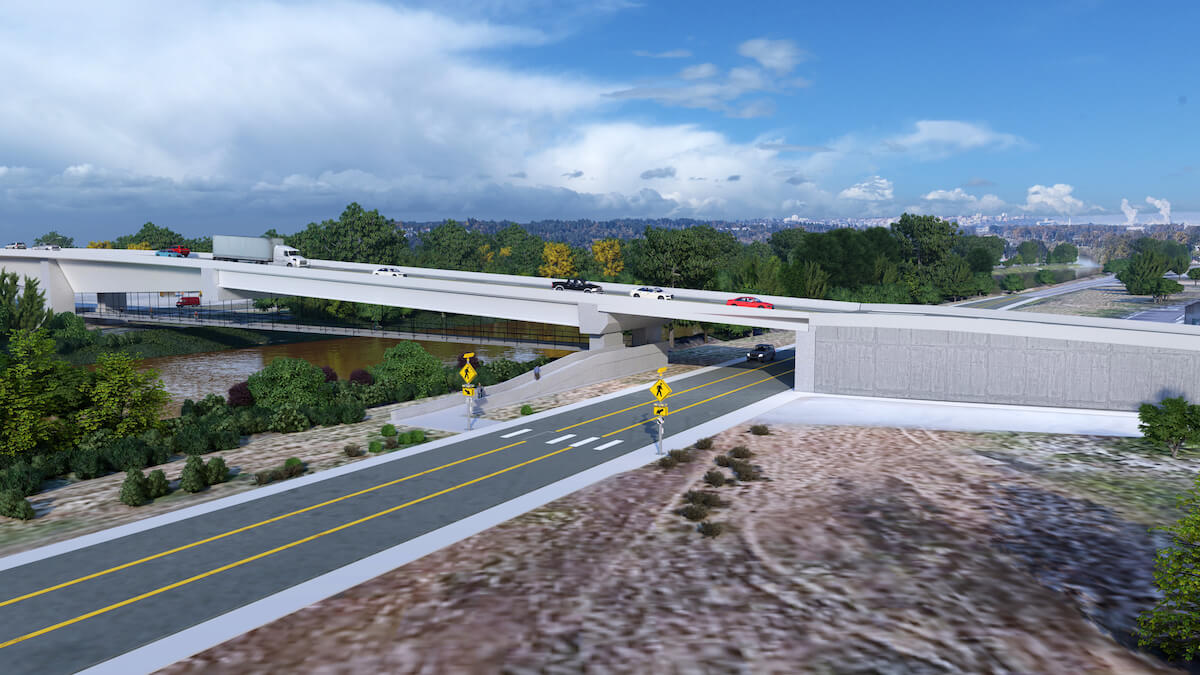 The new bridge over the Puyallup River will include construction of a new shared-used path. The bridge will be constructed high enough to accommodate any future trail underneath it on the north side of the river, such as a future extension of the Puyallup Riverwalk trail between Tacoma and Puyallup. 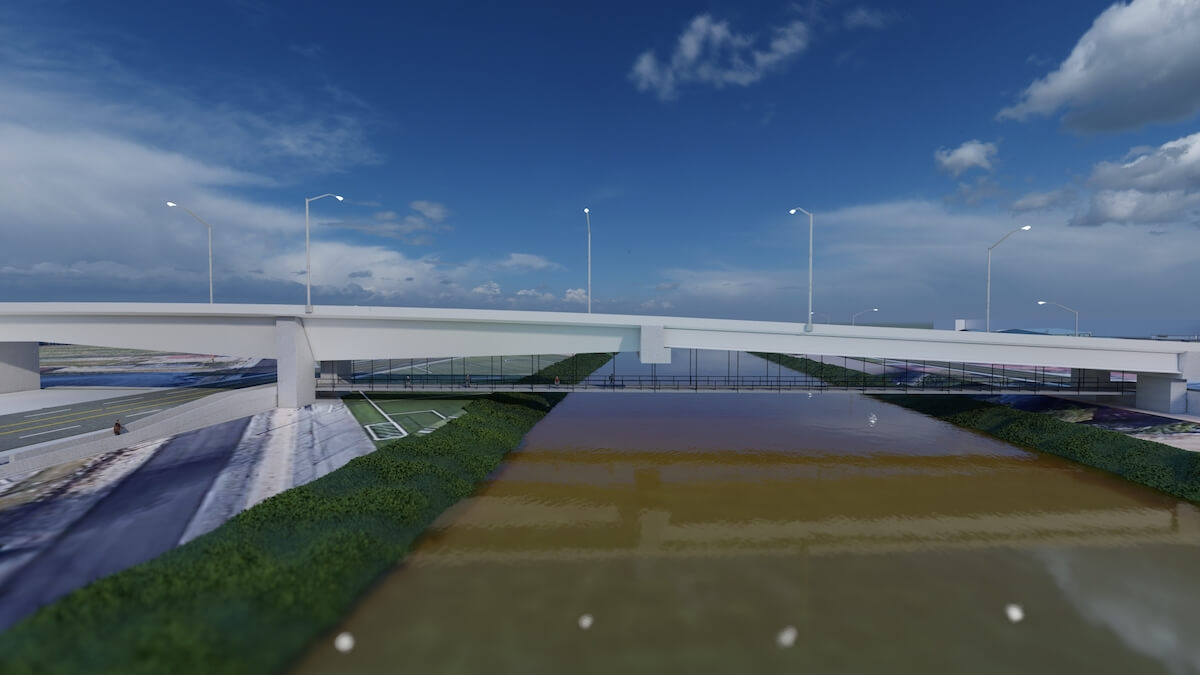 A rendering of the future Puyallup River Bridge with a new shared-use path underneath. 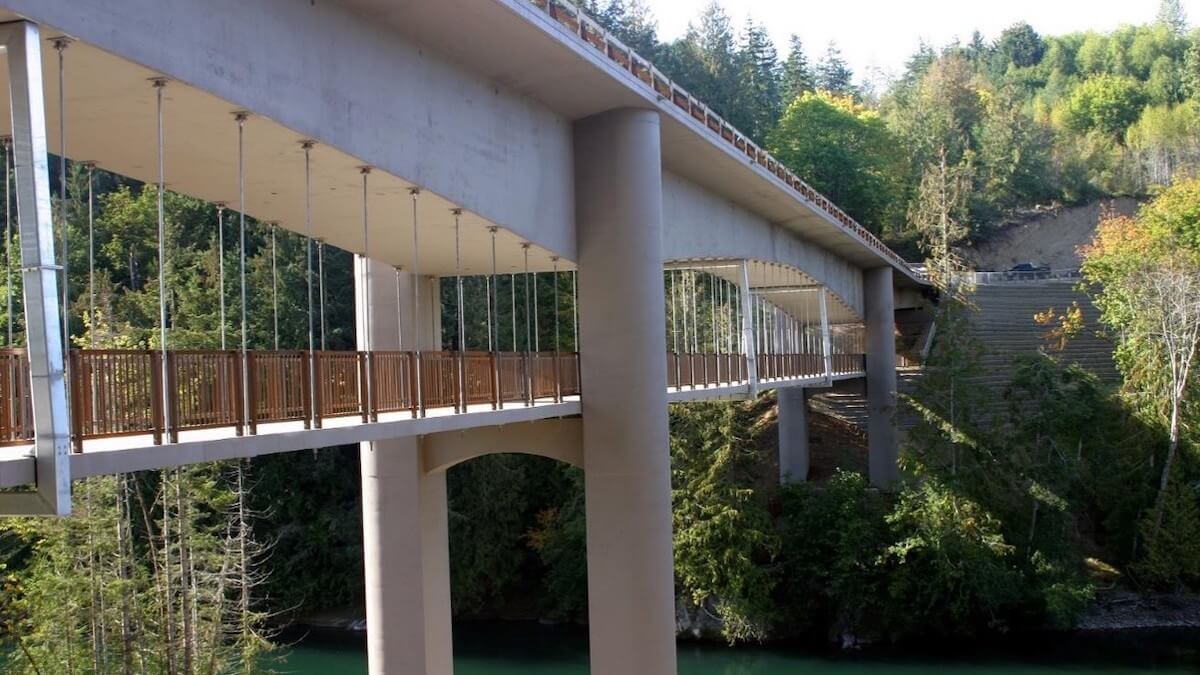 The project will construct multiple pedestrian crossings, including a signalized crossing on River Road East near the Puyallup River bridge. The bridge itself will have a shared-use path suspended below the roadway, creating a completely separated facility that eliminates potential traffic conflicts for people crossing the bridge. 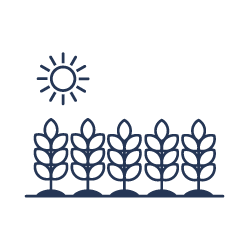 Farmlands in the project area are critical to Pierce County’s economy and character. Pierce County is working with local agricultural producers to find solutions to ensure those businesses continue to thrive.

We are committed to working with local farmers, agricultural groups, and regional stakeholders to minimize effects on agricultural lands. In the 1990s, Pierce County analyzed different road alignment options for the project in an Environmental Impact Statement (EIS). Of all the options studied, the current project design alignment was selected since it had the fewest impacts to farms while minimizing impacts to homes in the area. 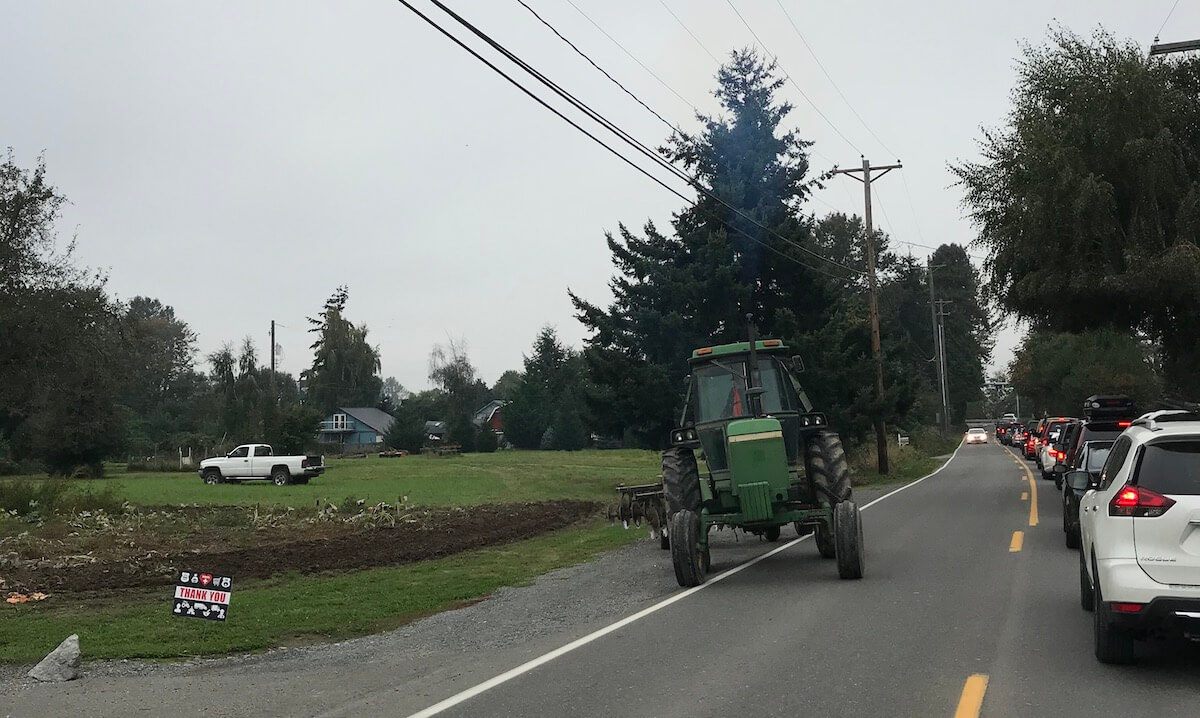 A tractor enters the roadway onto the existing 52nd Street East during pumpkin harvest season.

Under the current project design, the County plans to purchase 10.2 acres of land designated as Agricultural Resource Lands to extend Canyon Road East. This land is needed for the expanded roadway, drainage, and slope areas to improve drainage and support flood control.

Learn about the River Crossing
Stay connected with this project